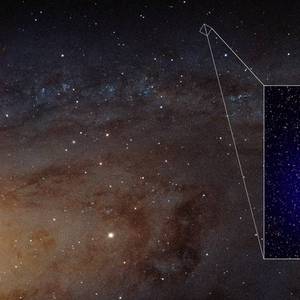 An intriguing source has been discovered in the nearby Andromeda galaxy using data from NASA’s Chandra X-ray Observatory and ground-based optical telescopes. Previously thought to be part of the Milky Way’s neighbor galaxy, the new research shows this source is actually a very distant object 2.6 billion li... 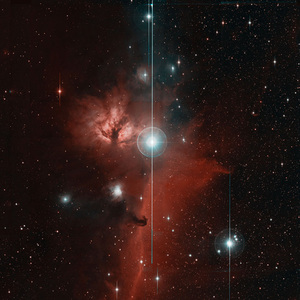 Zwicky Transient Facility Opens Its Eyes to the Volatile Cosmos

The latest workhorse camera at the Palomar Observatory can scan the majority of the northern sky every night, looking for cosmic events as they happen. 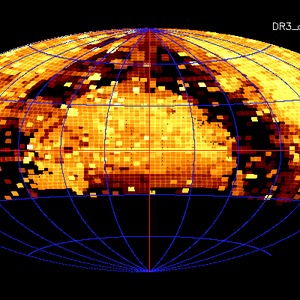 The PTF Third Public Data Release (DR3) occurred September 1, 2016. This adds to DR1 and DR2 by including selected g- and R-band data obtained from January 1, 2013 through January 28, 2015. This represents the first 25 months of the Intermediate Palomar Transient Factory (iPTF) phase. It also includes a n... 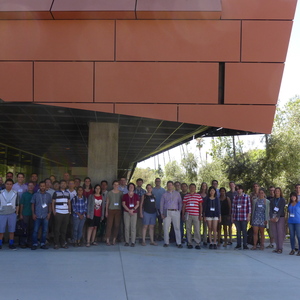 The 2016 iPTF Summer School at Caltech

The intermediate Palomar Transient Factory held its 2016 iPTF Summer School on July 17 - 21, 2016 at California Institute of Technology. This 4th annual summer school welcomed over 44 participants from various universities and institutions. The Summer School introduced time domain astronomy to students by... 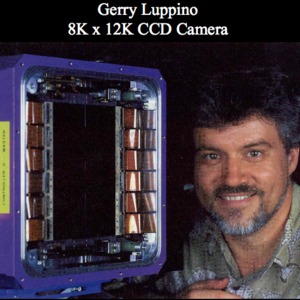 A Memorial Service was held to honor Gerry Luppino on April 2, 2016

Gerry Luppino, a former astronomer at Institute for Astronomy at University of Hawaii, passed away on March 3, 2016. Gerry is a major figure in CCDs for astronomy. He built the CFH12K system which has been used since 2009 by PTF at the Palomar 48 inch telescope. Read more about Gerry Luppino at http://www.... 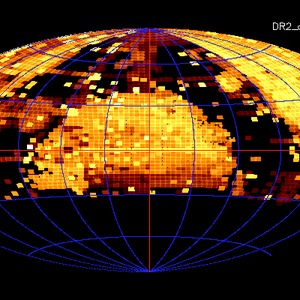 The PTF second data release (DR2) will occur on August 7, 2015. This will include all g- and R-band data obtained through the end of December, 2012. Unlike the first data release (DR1), there will be no spatial restrictions placed on the data and the release scope will encompass the entire northern sky. F... 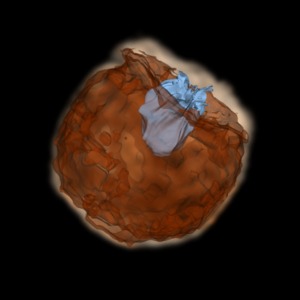 iPTF Discovers a Supernova Colliding with Its Companion Star

Type Ia supernovae, one of the most dazzling phenomena in the universe, are produced when white dwarfs explode with ferocious intensity. Although thousands of supernovae of this kind were found in the last decades, the process by which a white dwarf becomes one has been unclear. That began to change on Ma... 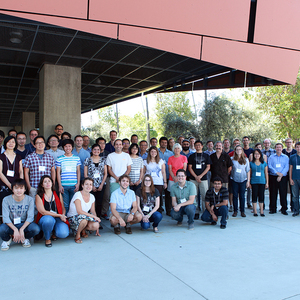 The 2015 iPTF Summer School at Caltech

The intermediate Palomar Transient Factory announces the 2015 iPTF Summer School, to be held at California Institute of Technology from August 24th - 28th, 2015. The purpose of this Summer School is three-fold: (i) Introduce time domain science to students by teaching them basic concepts and techniques us... 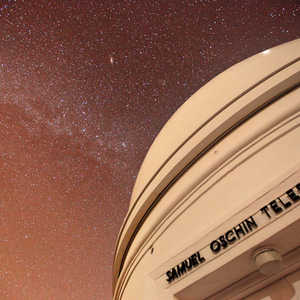 Thanks to a $9 million grant from the National Science Foundation and matching funds from the Zwicky Transient Facility (ZTF) collaboration, a new camera is being built at Caltech's Palomar Observatory that will be able to survey the entire Northern Hemisphere sky in a single night. 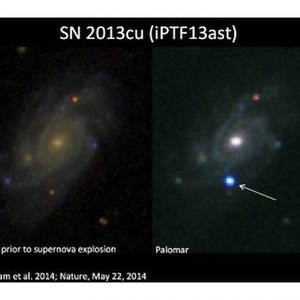 Supernova Caught in the Act by Palomar Transient Factory

Supernovae—stellar explosions—are incredibly energetic, dynamic events. It is easy to imagine that they are uncommon, but the universe is a big place and supernovae are actually fairly routine. The problem with observing supernovae is knowing just when and where one is occurring and being able to point a w... 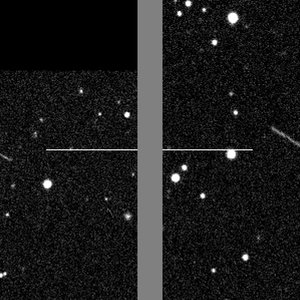 On the night of May 10th 2014 UTC, the Palomar Transient Factory (PTF) survey's recently enhanced system for asteroid discovery turned up a very nearby, very fast-moving near-Earth asteroid (NEA). 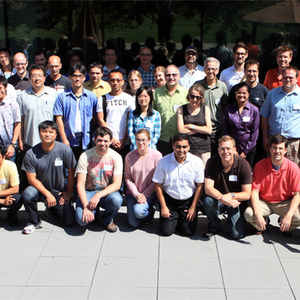 The 2014 iPTF Summer School at Caltech

The intermediate Palomar Transient Factory announces the 2014 iPTF Summer School, to be held at California Institute of Technology from August 25th - 29th, 2014. This Summer School is open to all astronomical community. 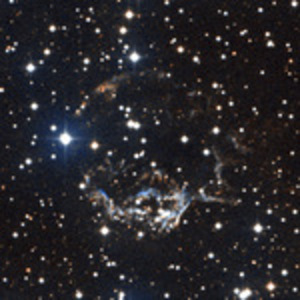 The Intermediate Palomar Transient Factory announces the first public data release (DR1). This release consists of data from specific fields taken by the PTF collaboration between 2009 and the end of 2012. 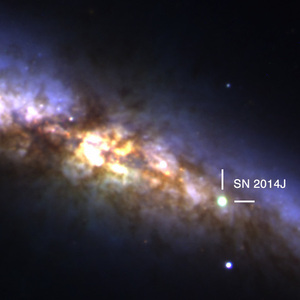 OSK, Stockholm - Supernova 2014J in the nearby galaxy M82 -- less than 12 million light-years away -- was first seen on January 14, 2014, and was the closest “standard candle” supernova since (at least) 42 years. A coordinated observational effort orchestrated by the intermediate Palomar Transient Factory ... 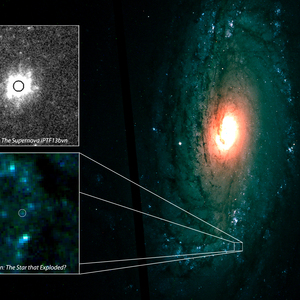 The intermediate Palomar Transient Factory (iPTF) started searching the skies in February. Since its inception, iPTF has been successful in the early discovery and rapid follow-up studies of transients. Two recent papers describe first-time detections of a rare supernova and the afterglow of a gamma-ray bu... 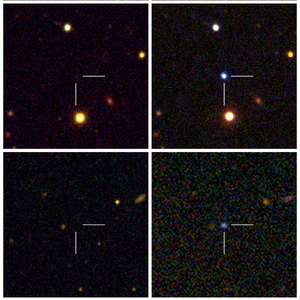 They're bright and blue—and a bit strange. They're a new type of stellar explosion that was recently discovered by a team of astronomers led by the California Institute of Technology (Caltech). 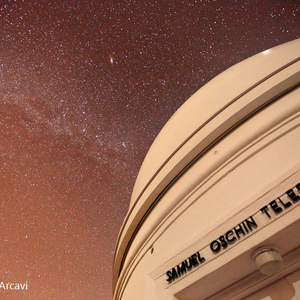 An innovative sky survey has begun returning images that will be used to detect unprecedented numbers of powerful cosmic explosions–called supernovae–in distant galaxies, and variable brightness stars in our own Milky Way. The survey also may soon reveal new classes of astronomical objects.