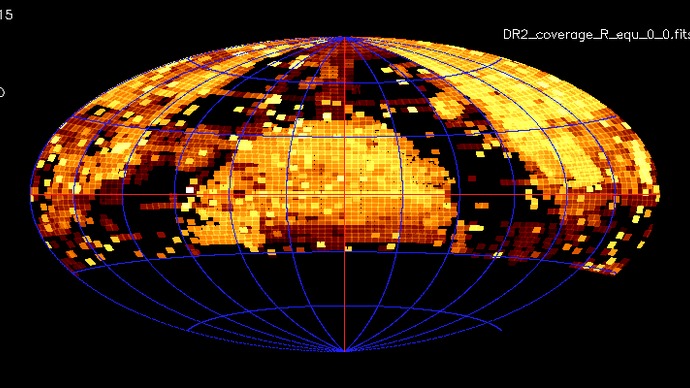 The PTF second data release (DR2) will occur on August 7, 2015. This will include all g- and R-band data obtained through the end of December, 2012. Unlike the first data release (DR1), there will be no spatial restrictions placed on the data and the release scope will encompass the entire northern sky. However, PTF does not use a uniform coverage observation strategy and so there exist significant gaps in coverage on the sky. In particular, in DR2 there is little coverage of the galactic plane, and there is less coverage at g-band than R-band.  For details, go to http://www.ptf.caltech.edu/page/DR2 .